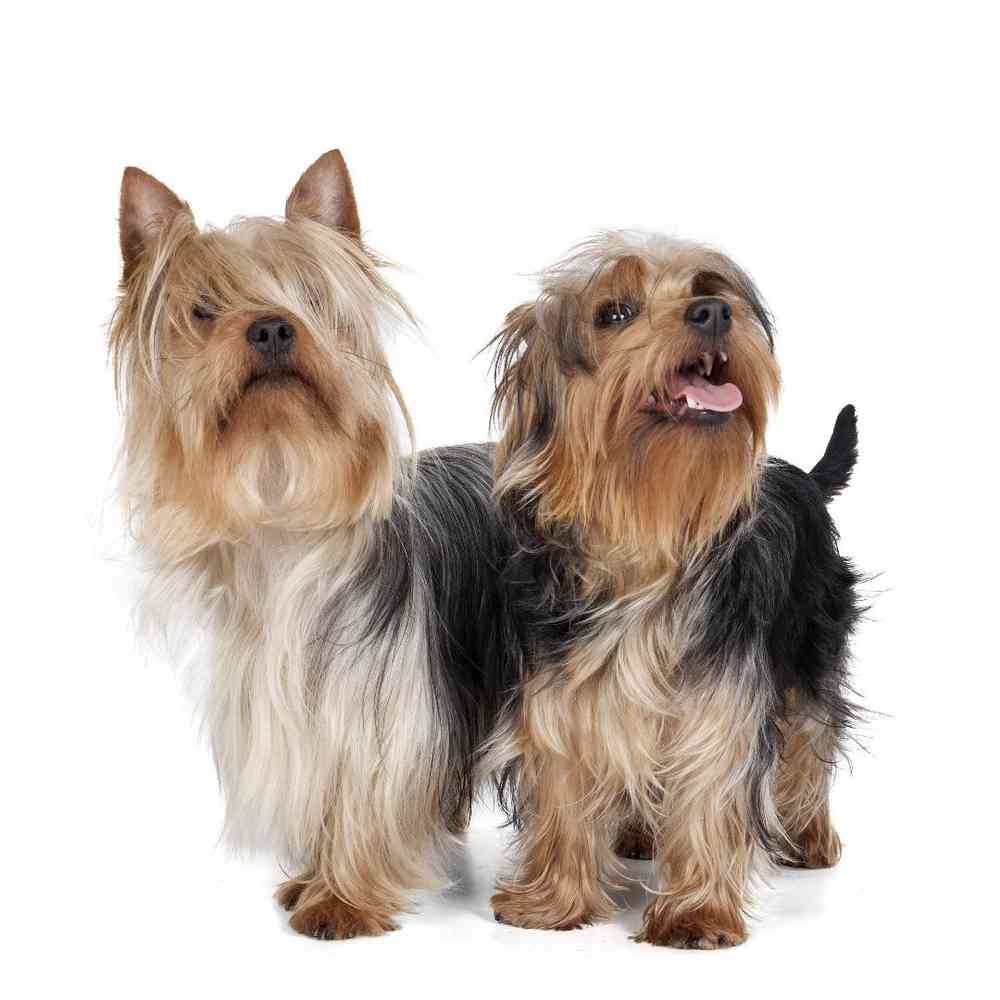 A charming member of the AKC Toy Group, the compact, glossy-coated Silky Terrier is nonetheless a true terrier of energetic high spirits. The Silky, a native of Sydney, Australia, is larger than his close cousin, the 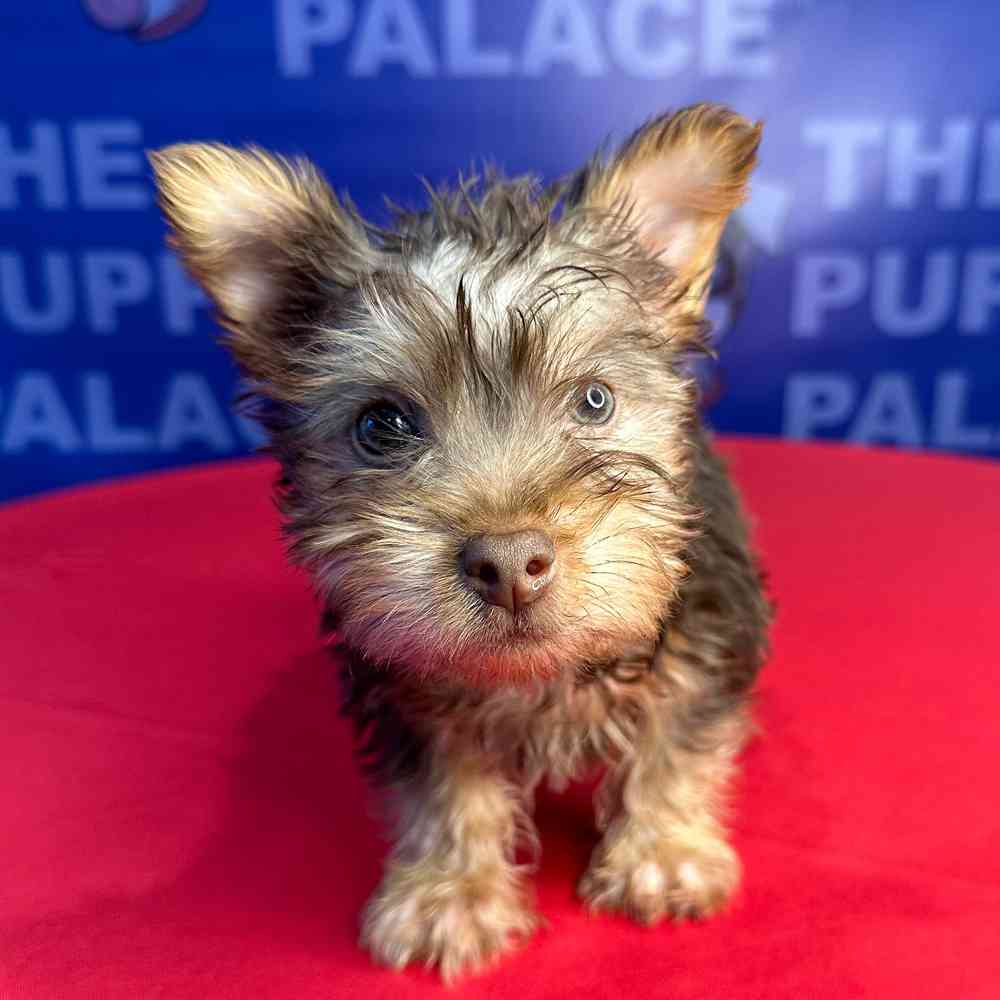 A cross between the Yorkshire Terrier and the Australian Terrier in the 19th century resulted in today’s Silky Terrier. A tough little breed, they are as good at catching rodents and other vermin as they are a wonderful companion dog.

Large, up to 9-10” at the shoulders, weighing anywhere from 8-11 pounds. The Silky Terrier is a short-legged, fine-boned little dog with a very long single coat. 5-6 inches in length, the Silky Terrier is born black but changes to blue with tan as the dog matures.

They may be little, but there is a lot of courage in that small sturdy package. Your Silky Terrier is spirited, cheeky, busy, high-energy, curious, alert, affectionate, outgoing and highly intelligent. They enjoy learning and training will be easy if you use rewarding methods. This can be a willful breed, so they want to know what’s in it for them when you’re training. You need to be a calm, knowledgeable, and humane owner giving consistent and committed leadership to your Silky Terrier using only motivational training methods.

The Silky Terrier is a busy and active breed, and requires a brisk daily walk and plenty of off-leash play and running in a safe, fenced area. They also need mental stimulation to prevent boredom and destruction, so be sure to provide your Silky Terrier with plenty of interactive toys that challenge their problem-solving skills.

Grooming Requirements:   Requires daily brushing and professional grooming to prevent matting  Coat: Long  Shedding: Little to no shedding  Hypoallergenic: Yes  Apartment Living: Good for apartment living if given sufficient exercise  Lap Dog: Yes  Good With Children: Better with older children who understand how to respect such a small dog  Good With Other Pets: Good with other dogs when socialized at an early age; not trustworthy with small and non-canine pets.

The Silky Terrier is a true "toy terrier". He is moderately low set, slightly longer than tall, of refined bone structure, but of sufficient substance to suggest the ability to hunt and kill domestic rodents. His coat is silky in texture, parted from the stop to the tail and presents a well groomed but not sculptured appearance. His inquisitive nature and joy of life make him an ideal companion

Size – Shoulder height from nine to ten inches. Deviation in either direction is undesirable. Proportion – The body is about one fifth longer than the dog's height at the withers. Substance – Lightly built with strong but rather fine bone.

The head is strong, wedge-shaped, and moderately long. Expression piercingly keen, eyes small, dark, almond shaped with dark rims. Light eyes are a serious fault. Ears are small, V-shaped, set high and carried erect without any tendency to flare obliquely off the skull. Skull flat, and not too wide between the ears. The skull is slightly longer than the muzzle. Stop shallow. The nose is black. Teeth strong and well aligned, scissors bite. An undershot or overshot bite is a serious fault.

The neck fits gracefully into sloping shoulders. It is medium long, fine, and to some degree crested. The topline is level. A topline showing a roach or dip is a serious fault. Chest medium wide and deep enough to extend down to the elbows. The body is moderately low set and about one fifth longer than the dog's height at the withers. The body is measured from the point of the shoulder (or forechest) to the rearmost projection of the upper thigh (or point of the buttocks). A body which is too short is a fault, as is a body which is too long. The tail is docked, set high and carried at twelve to two o'clock position.

Well laid back shoulders, together with proper angulation at the upper arm, set the forelegs nicely under the body. Forelegs are strong, straight and rather fine-boned. Feet small, catlike, round, compact. Pads are thick and springy while nails are strong and dark colored. White or flesh-colored nails are a fault. The feet point straight ahead, with no turning in or out. Dewclaws, if any, are removed.

Thighs well muscled and strong, but not so developed as to appear heavy. Well angulated stifles with low hocks which are parallel when viewed from behind. Feet as in front.

Straight, single, glossy, silky in texture. On matured specimens the coat falls below and follows the body outline. It should not approach floor length. On the top of the head, the hair is so profuse as to form a topknot, but long hair on the face and ears is objectionable. The hair is parted on the head and down over the back to the root of the tail. The tail is well coated but devoid of plume. Legs should have short hair from the pastern and hock joints to the feet. The feet should not be obscured by the leg furnishings.

Blue and tan. The blue may be silver blue, pigeon blue or slate blue, the tan deep and rich. The blue extends from the base of the skull to the tip of the tail, down the forelegs to the elbows, and half way down the outside of the thighs. On the tail the blue should be very dark. Tan appears on muzzle and cheeks, around the base of the ears, on the legs and feet and around the vent. The topknot should be silver or fawn which is lighter than the tan points.

Should be free, light-footed, lively and straightforward. Hindquarters should have strong propelling power. Toeing in or out is to be faulted.

Small but not fragile, feisty but not yappy, pretty but not sculpted, Silkys are 10-inch-tall dynamos animated by curiosity and high spirits. The glorious blue-and-tan coat is straight and glossy, and it feels and behaves much like human hair. The wedge-shaped head is topped by profuse hair parted down the middle, and erect V-shaped ears draw attention to the keen, piercing expression of the almond-shaped eyes. Silkys are more refined than typical ratting terriers, but they should still look and behave like a true earthdog.

The casual observer can be forgiven for mistaking a Silky for a Yorkshire or Australian terrier at first glance. After all, Yorkies and Aussies were the main components utilized by Australian breeders when creating the Silky in the early 20th century. Other breeds that might factor in the Silky’s development (depending on who’s telling the story) include Cairn, Dandie Dinmont, and Skye terriers, three of several British terriers brought to Australia by English settlers. For the record, Silkys are larger than Yorkies and smaller than Aussies.

The Silky Terrier is a true “toy terrier”. He is moderately low set, slightly longer than tall, of refined bone structure, but of sufficient substance to suggest the ability to hunt and kill domestic rodents. His coat is silky in texture, parted from the stop to the tail and presents a well groomed but not sculptured appearance. His inquisitive nature and joy of life make him an ideal companion.

The Silky Terrier should be fed a high-quality dog food appropriate to the dog’s age (puppy, adult, or senior) and ideally formulated for small or toy breeds. Give table scraps sparingly, if at all, especially avoiding cooked bones and foods with very high fat content. Learn about which human foods are safe for dogs, and which are not. Check with your vet if you have any concerns about your dog’s weight or diet.

The Silky Terrier’s coat should be brushed at least twice a week with a pin brush or soft bristle brush. A long-toothed metal dog comb can also come in handy for gently working through areas where tangles may be beginning to form. Left unattended, tangles and mats are uncomfortable for your dog and can cause skin problems to develop. The nails should be trimmed once a month, and a bath every four to six weeks with a gentle shampoo meant for dogs will help to keep the coat and skin clean and healthy. Grooming sessions are a good time to check the dog all over for any new lumps or skin problems, and to check that the eyes and ears are healthy and trouble free.

More a terrier than a lapdog, the Silky Terrier requires more exercise than most Toy Group breeds. Intelligent, bold, and energetic, Silkies need human partners who will know how to channel that energy into daily exercise and training for sports and work. The breed does well in the conformation ring, and Silkies have been successful in companion events, particularly agility.

Silky Terriers can adapt well to any living situation but need owners who have the time to devote to them—they do not like to be ignored, preferring to play fetch or go on walks with their family. Taken by the breed’s charm, owners may be tempted to let a Silky Terrier get away with undesirable behaviors; it’s best to be sure to make rules and stick to them. The breed has a strong prey drive, and a leash is essential when walking outside.

While Silky Terriers are generally healthy dogs, there are several health and genetic screening considerations specific to the breed. Responsible breeders test their stock for conditions the breed can be prone to, including patellar luxation and eye disease. A Silky Terrier’s ears should be checked regularly for signs of infection, and the teeth should be brushed often, using a toothpaste designed for dogs. Regular visits to the vet for checkups and parasite control help to ensure the dog a long, healthy life.

The Silky Terrier is also called the Sidney Terrier 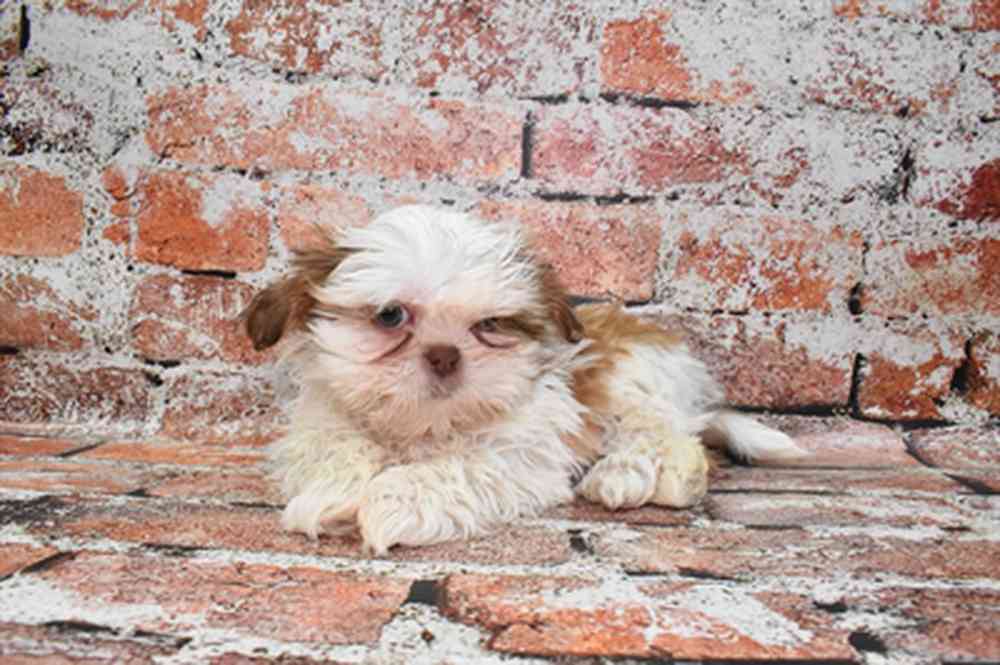 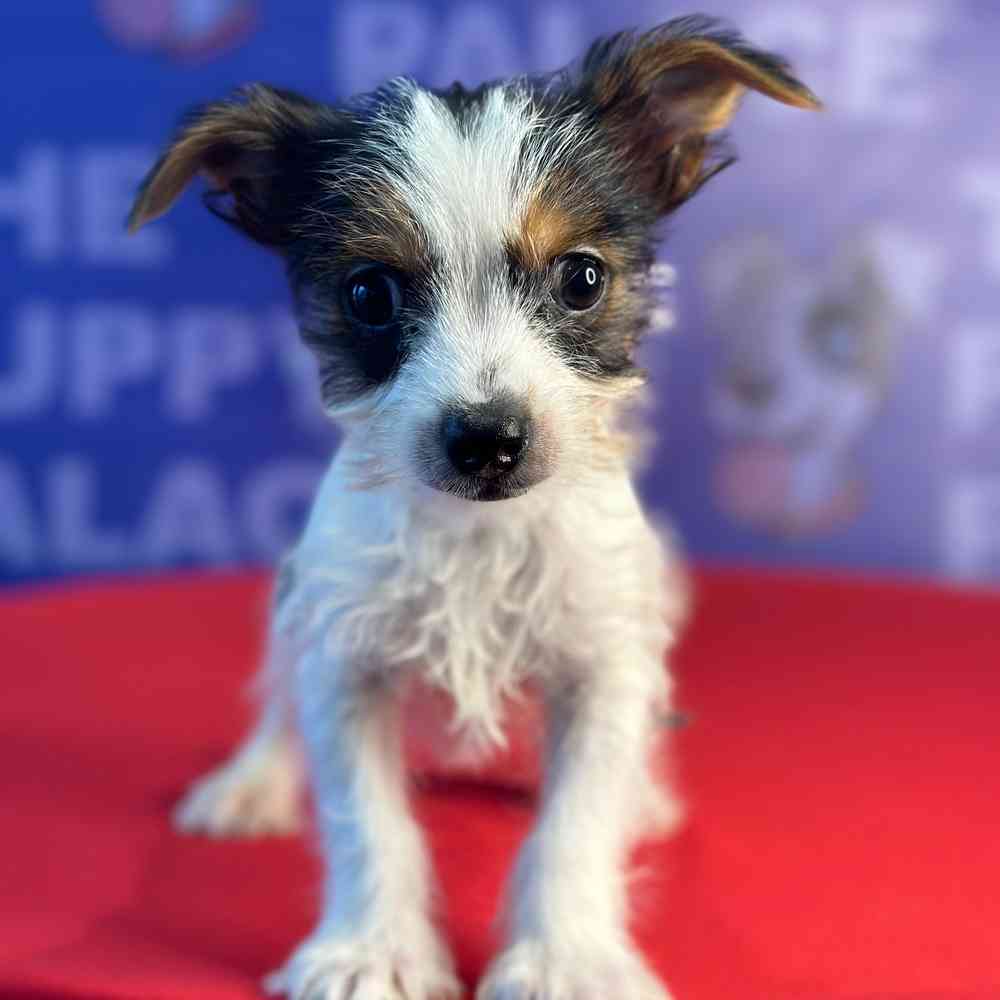 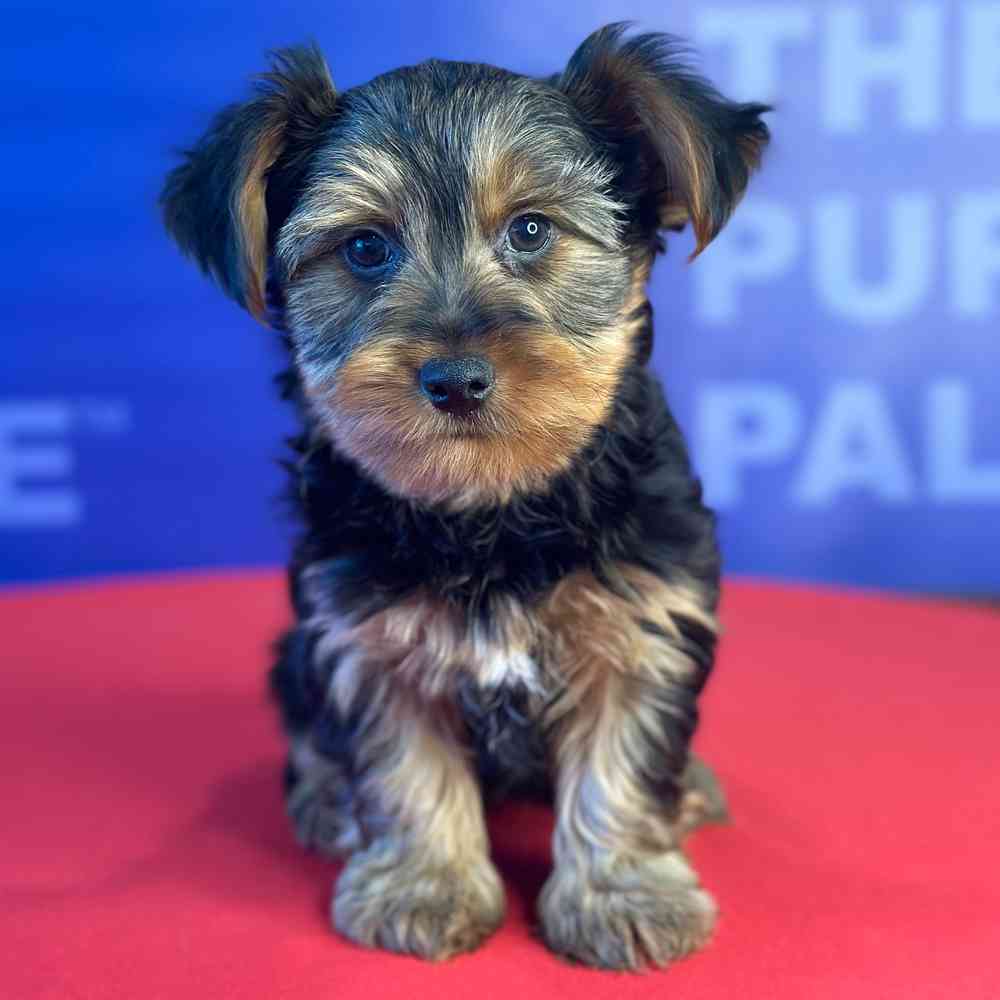 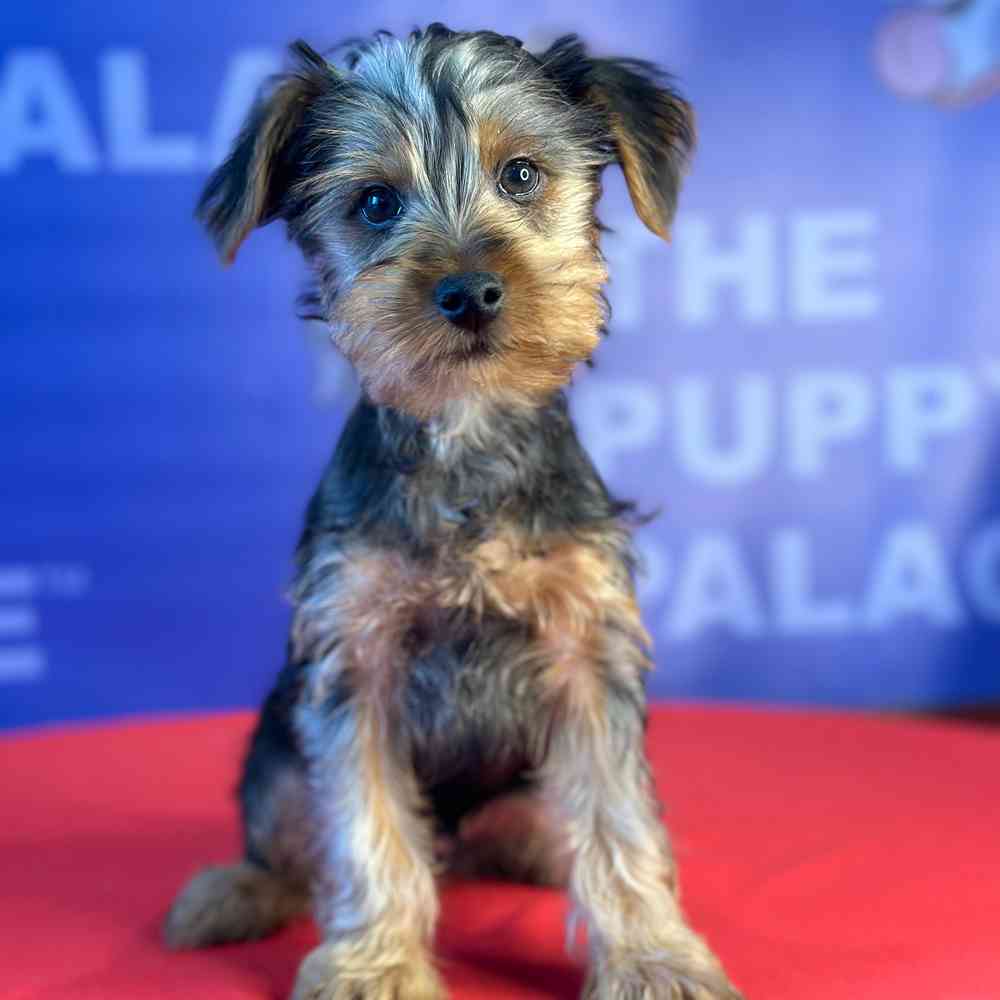